These Liberal Grifters Used to Pretend to Be Conservatives

If you can’t make it in conservatives media – the left is willing to take in anyone willing to abandon their principles they likely never had in the first place.

CNN’s Oliver Darcy has earned himself the title of “hall monitor,” apparently spending the majority of his time employed at CNN watching Fox News and complaining about what he’s watching on social media. Even CNN’s employees can’t be bothered to watch CNN, it would seem.

Most recently, Darcy came short of demanding that TV service providers drop Fox News from their programming. “It is time TV carriers face questions for lending their platforms to dishonest companies that profit off of disinformation and conspiracy theories” he argued.  As Mitchell Nemeth put it, “to Darcy, it is not enough that the President of the United States has been permanently banned or that prominent right-wing voices have been silenced with the removal of Parler from the application store or that Amazon Web Services cut ties with Parler. CNN and Darcy have for years pretended to be neutral, objective journalists while pushing to silence their competitors. Now CNN senses an opportunity to launch the ‘kill switch.'”

He’s also campaigned for the deplatforming of Alex Jones, Mollie Hemmingway, and President Trump, among others.

Just years ago Darcy was bemoaning the exact kind of liberal that he’d become.

The formally self-described “conservative-leaning libertarian” once founded ExposingLeftists.com, and then worked for Campus Reform. After Campus Reform, he worked for Glenn Beck’s “The Blaze” as deputy managing editor. He’d leave The Blaze for Business Insider before joining CNN in spring 2017.

In one viral video for Campus Reform Darcy asked college students if they’d support redistribution of GPAs to make a point about socialism.

He also had some thoughts critical of his future employer: 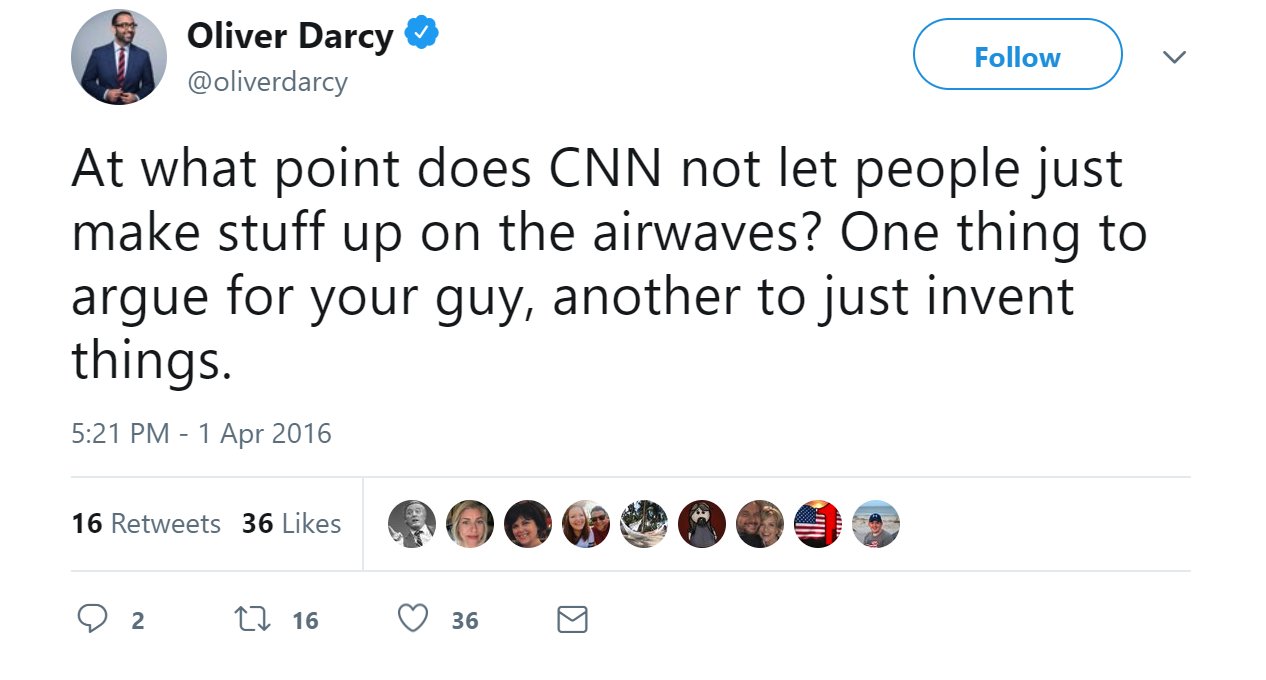 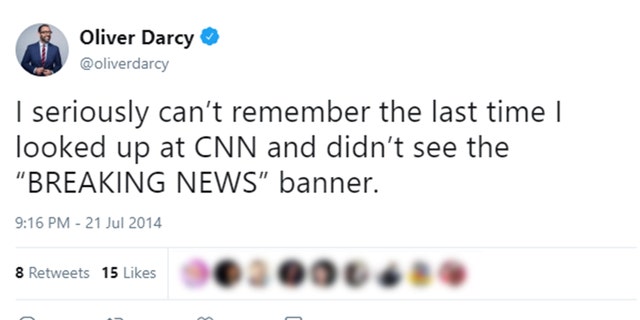 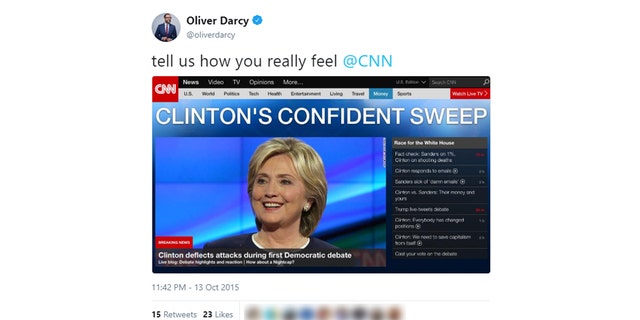 Those convictions were so strongly held that they were evaporated by the promise of a paycheck.

Darcy says his post in right wing media contradicts the “liberal media” narrative. We say his past in conservative media shows he has no true underlying principles and is willing to sell his soul for a network seldom watched outside our nation’s airports.

The story is the same for Mediaite’s “reporter” Zachary Petrizzo. Before he was spending his time whining about conservative media, he was whining about the liberals on his college campus. Writing of his former alma matter Marquette University, Petrizzo wrote in Campus Reform in 2018 “After one year at the institution, I have discovered that Marquette is anything but a Jesuit and Catholic university. There is no acceptance of conservative thoughts. I believe that Marquette has taken a step to ultimately limit free speech on campus.”

He’d later, like Darcy, take a gig with Campus Reform to document the insanity of the left before joining the asylum himself. The baby-faced pundit even appeared on NRATV in 2018 to defend ICE.

It is, of course, completely understandable that individuals who failed to make it in conservative media would jump ship and do an ideological 180 overnight (assuming they ever had any actual principles). There’s a shortage of conservative outlets relative to liberal, so the former is naturally going to be more competitive.

And given the quality of their work on the left, it’s really no surprise they couldn’t make it on the right.